Salt for all tastes.

Salt isn´t only found at salt pans by the sea. There are many varieties of salt from a range of sources all around the world. These are just some of them. 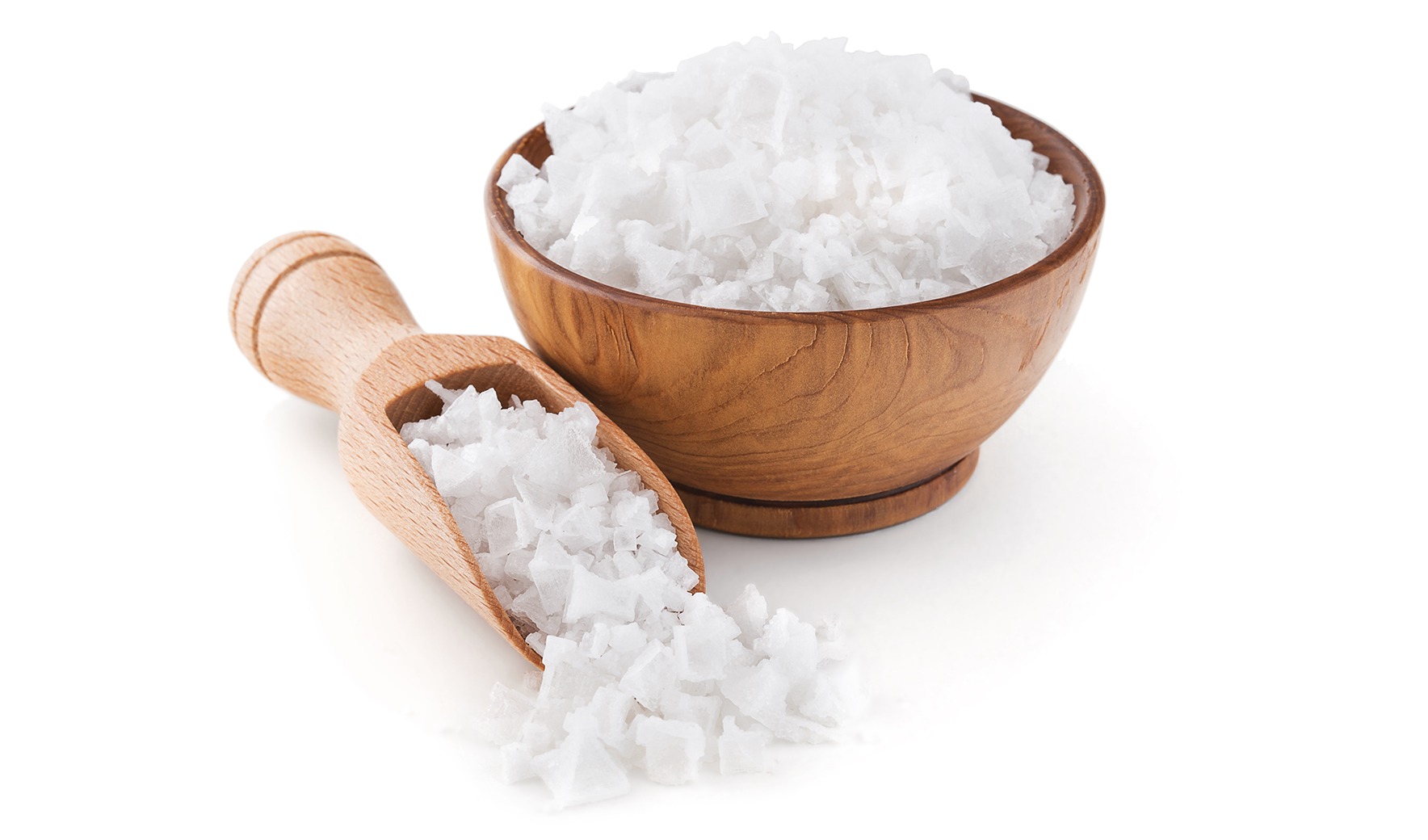 As the name suggests, this is a salt that is obtained by the evaporation of sea water. The salt may or may not be refined.

Refined Sea Salt is collected by machinery and then chemically washed, spin dried, dried and/or whitened. It may be fine or in rock form and has fewer nutrients and more sodium chloride due to the way in which it is processed.
With little nutritive content its composition includes added iodine as a means of helping the human organism to function properly as well as combating diseases related with the thyroid such as the goiter condition for example.

Hand-crafted Sea salt is unrefined, being produced using non-industrial hand-crafting techniques. On the salt pans a base is formed for the salt when the water reaches a high concentration of sodium which carries on growing until it is removed with a wooden tool that observes ancient practices; the crust of the salt is broken up and washed in its own water and formed into small pyramids where it dries out under the sun and with the wind.
The salt is a pure, dazzling white that shows off the structure of its crystals. Its brilliance is due not only to its careful harvesting by hand but also to it being a naturally humid salt which demonstrates the presence of the magnesium that is essential to the correct functioning of the nervous system and which does not occur in more common types of salt.
This salt is ideal for all types of culinary applications and brings out the taste of a variety of foodstuffs, without being excessive.

Fleur de sel is a fine sea salt where the primary crystals that float on the surface and crystallise on the day when they are harvested as a kind of curd which is formed from fine pieces which break up easily. The formation of the salt on the surface as a result of the combination of nature´s elements; the water, the wind and the heat and needs to be harvested almost immediately.
Fleur de sel is mainly for use at the table with dishes that have been prepared such as salads, roasted meat, vegetables and desserts. Its brittleness and its slow dissolution give it the capacity to bring out the flavours of the food.

Originating in France this is a traditional sea salt (unrefined), collected by hand and dried by the sun. Its shade of grey is due to the dilution of the salt which becomes high in trace elements and mineral salts. Due to its flavour, its use mixes well with the fruits of the sea such as fish, algae and crustaceans. 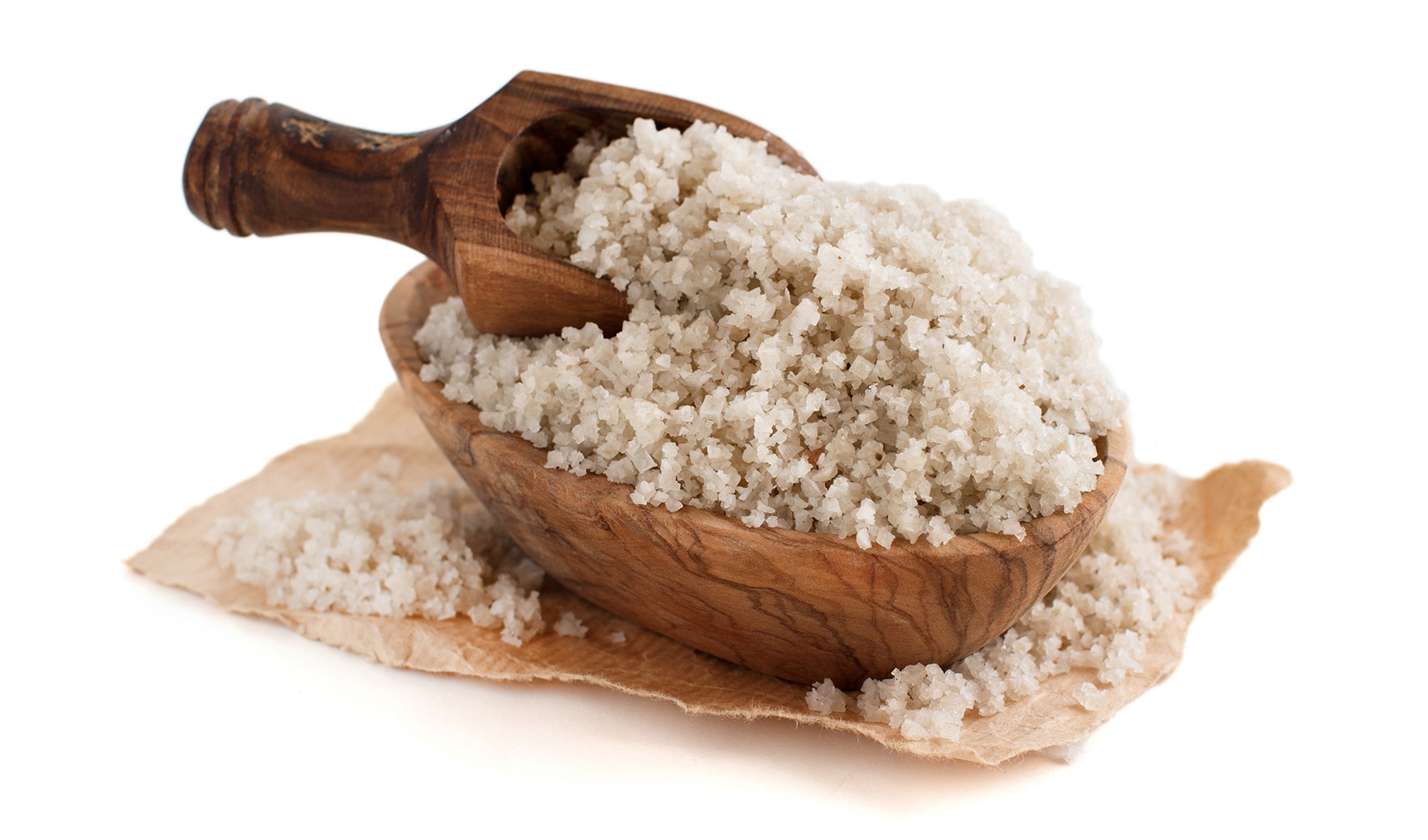 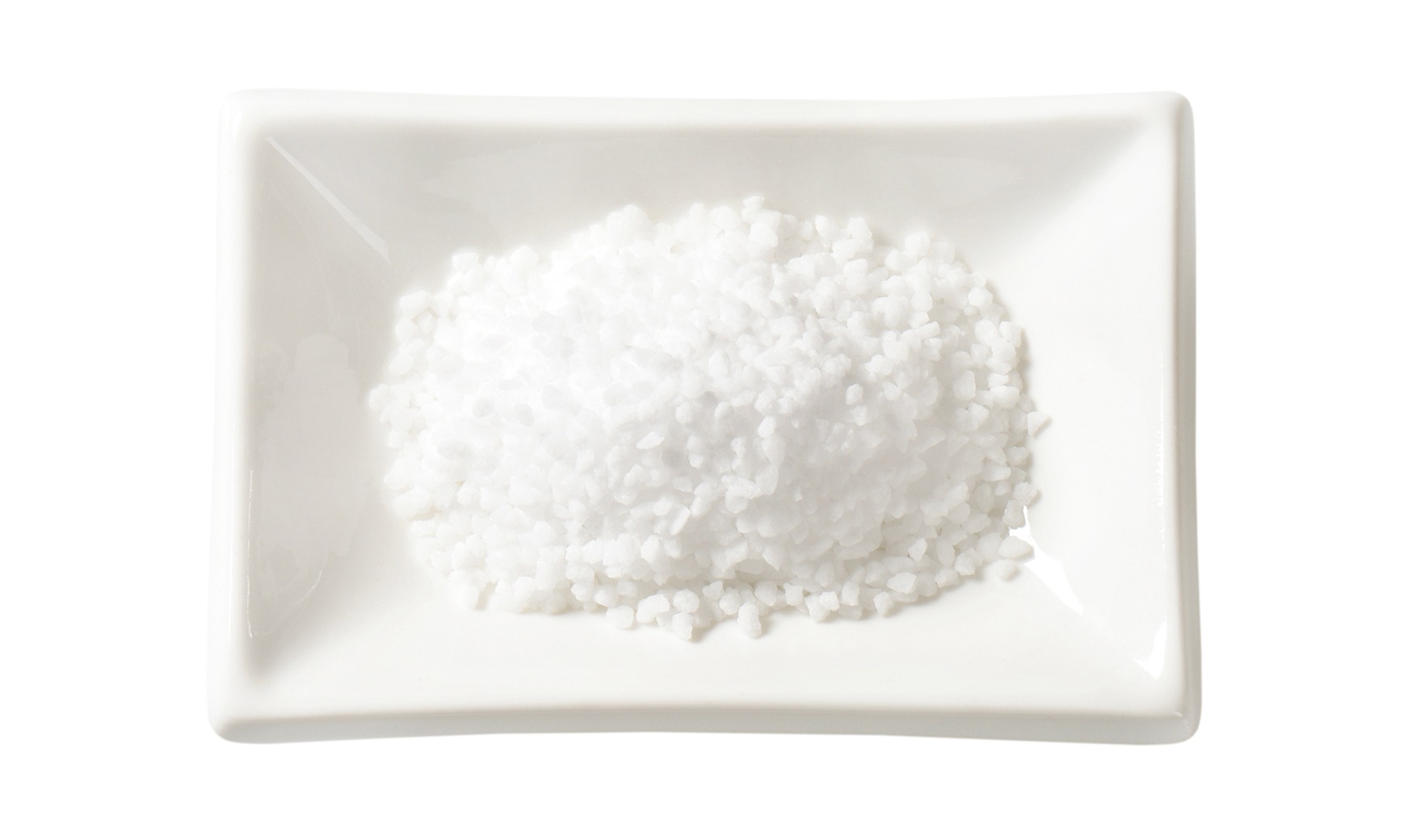 More than just two types of salt, these are salts that observe a series of religious norms as a result of which they are certified products.
In the case of kosher Salt with its irregularly shaped grains and with a size comparable with rock salt, this salt is unrefined and has no additives such as iodine so that, according to the principles of Judaism, it can be used to prepare meat and other kosher foods. Halal salt in turn observes the principles of Islam.

This is a salt that comes from the deposits or surface mines such as those in Poland and in Loulé in Portugal´s Algarve region and is collected as if it were rock. Himalaya salt which is high in mineral salts that give it its characteristic pink shade and slight flavour is one of the best known coarse rock salts. Although now being questioned, the therapeutic functions attributed to coarse rock salt are also used as a bath salt. In countries with cold climates the salt obtained from these deposits is often used for treating roads and pavement affected by ice. 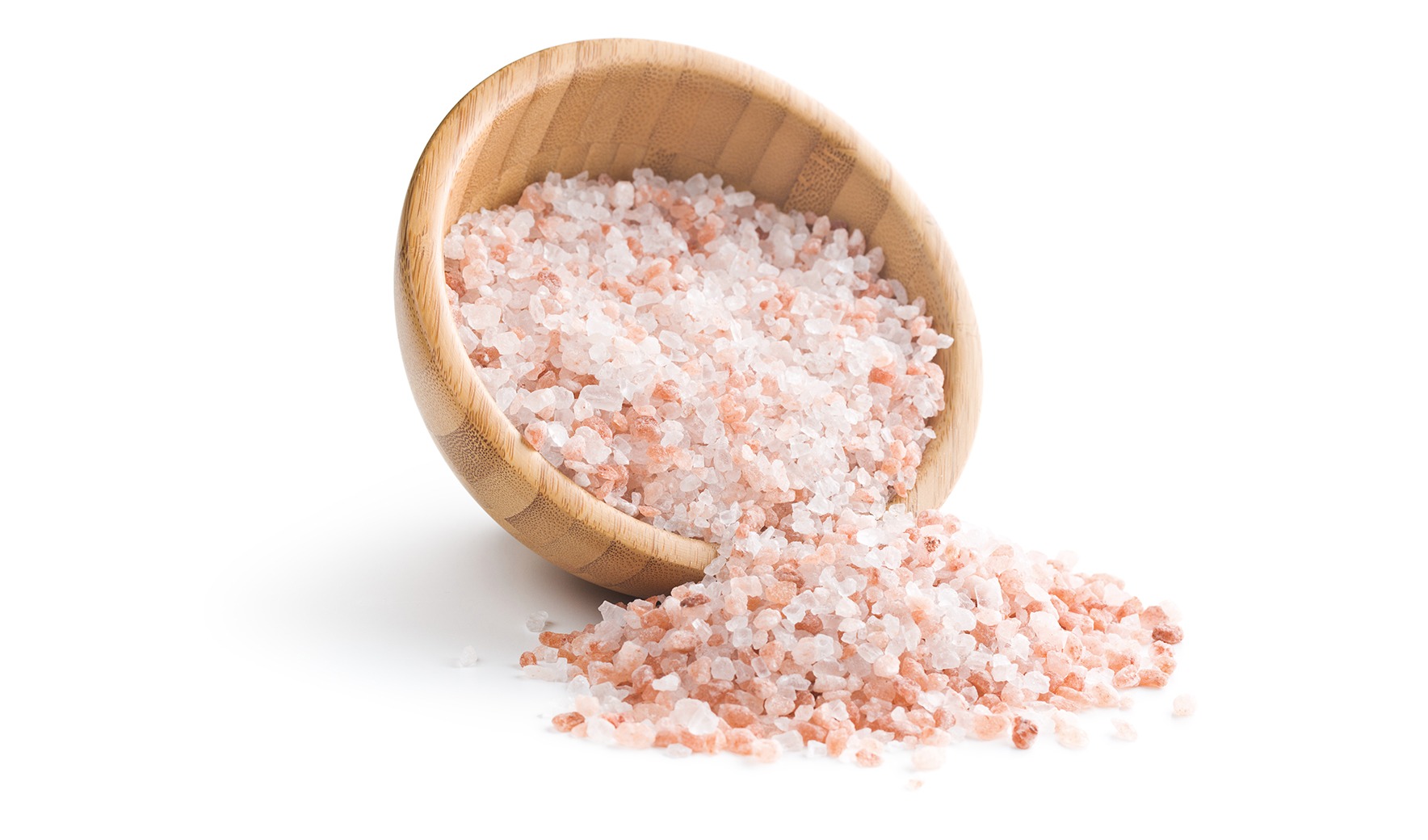 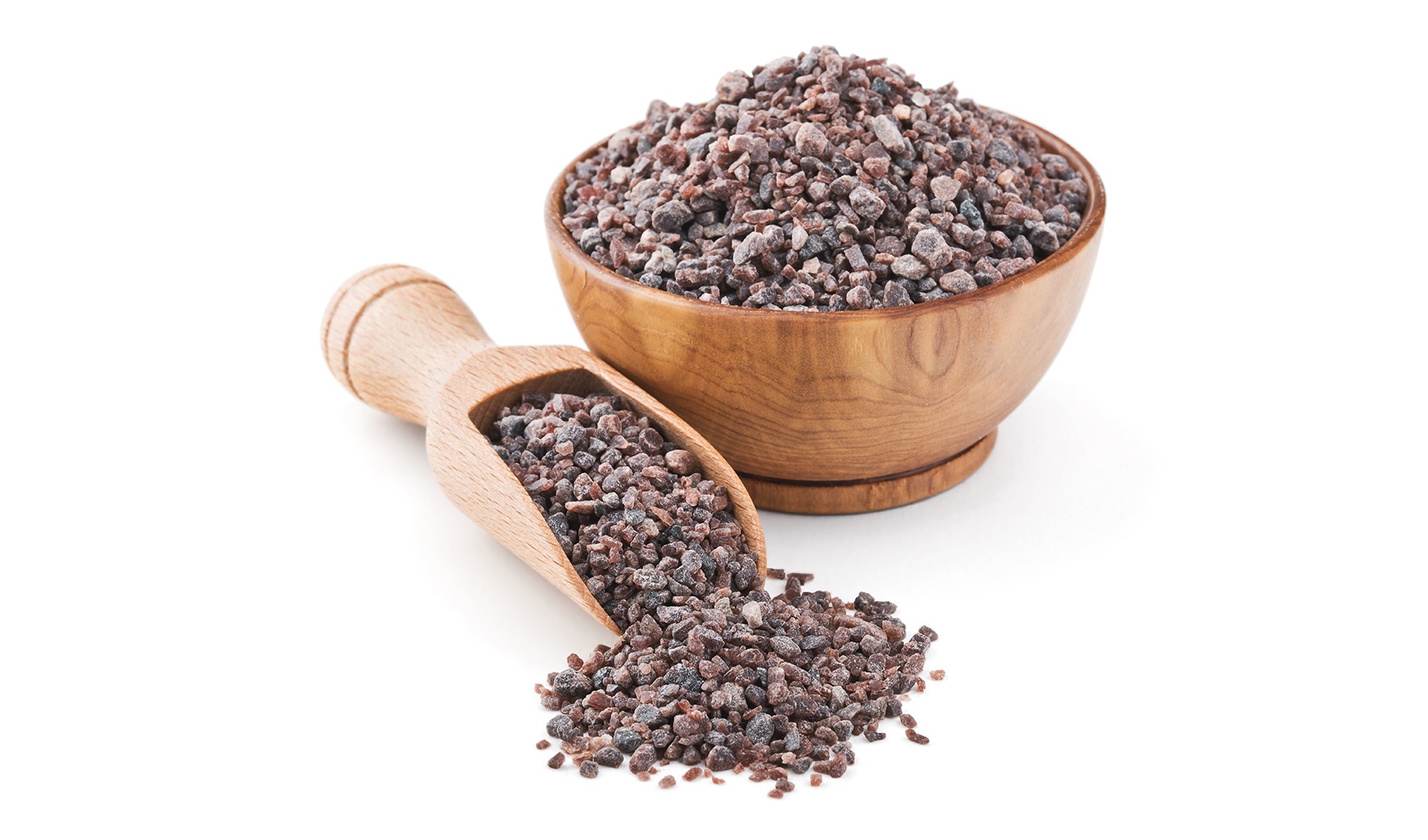 Also known as Kala Namak, this salt comes from the rocky salt mines in India, Nepal, Bangladesh and Pakistan. Its unusual colour and taste are the result of the addition of herbs and fruits that are used in a charcoal oven in a ceramic container. With sulphur being a part of its composition, this form of salt with volcanic origins has an unusual aroma reminiscent of the yoke of an egg, being used in India, China and Pakistan in vegetarian dishes.

Composed of 50% potassium chloride and 50% sodium chlorate, this salt was created for people who suffer from high blood pressure or water retention. In spite of its name and to ensure that the consumption of sodium is reduced it should also be used in moderate quantities.

Depending on the manufacturer or the region where it is produced, Liquid salt can be produced using different processes. In Portugal and in particular in the area of Castro Marim, it is obtained by filtering the brine and is used for sprinkling on food to give it a slightly salted aroma and taste.
In other regions meanwhile, it can be dissolved in mineral water with the addition of iodine to its refined salt base. This is particularly pleasing to anyone who prefers not to note the salt in salads or grilled dishes.