Salmarim, the flower that is born of the sea

When, in 2007, the year that João – the first-born of Sandra Madeira and Jorge Raiado - was also born, the couple spent the summer at Sandra´s father´s salt pans in Castro Marim, they could barely imagine that a new venture presented itself on that serene horizon that would bring a new taste to their lives: salt and fleur de sel.

Enthused by life´s pleasures and gastronomy in particular, it wasn´t hard to see how salt was to become a valuable treasure as well as a valuable form of exchange. To then seek to restore it to its former glory with a new approach, only requiring the desire and an instinct for knowing that this ingredient still has much to show and to enchant.

In the end it is said that salt seasons life and this could not be closer to the truth. The flakes of salt and all of the variations that arise from its process of formation are not only inspiring as an activity, they are also extraordinary in their powers: they bring out flavours and bring the most insipid ingredient to life: transforming an everyday dish into something that is really special. 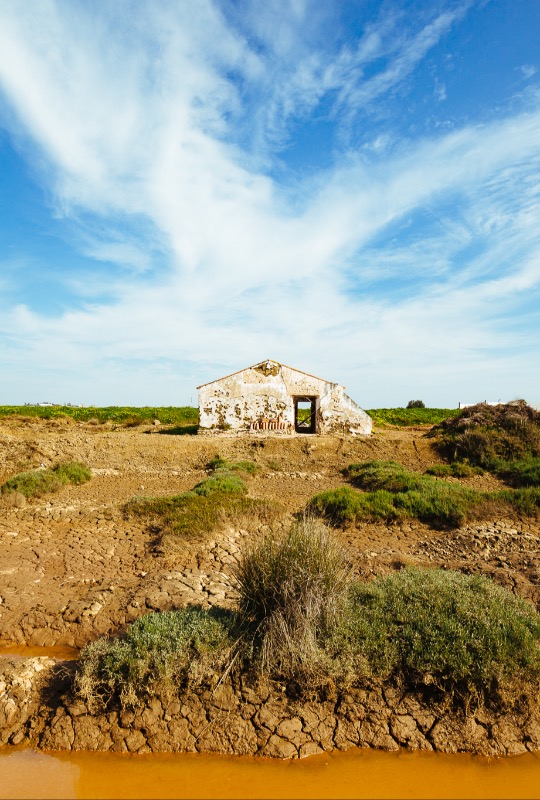 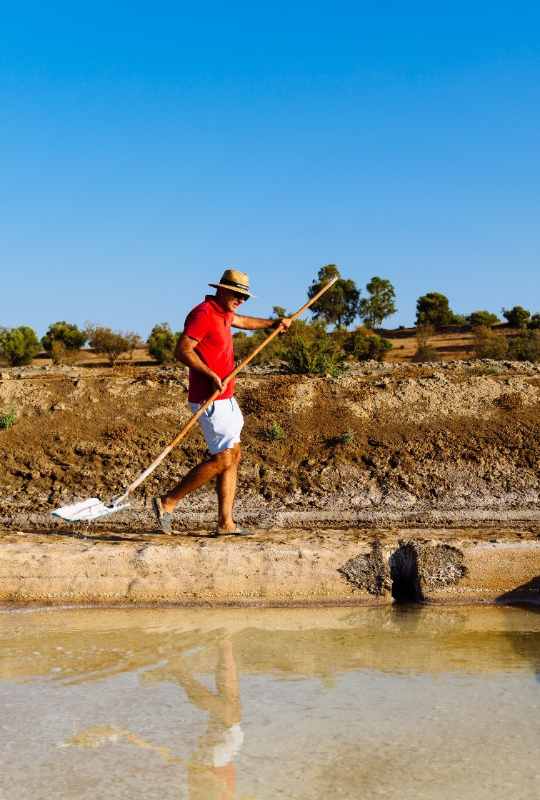 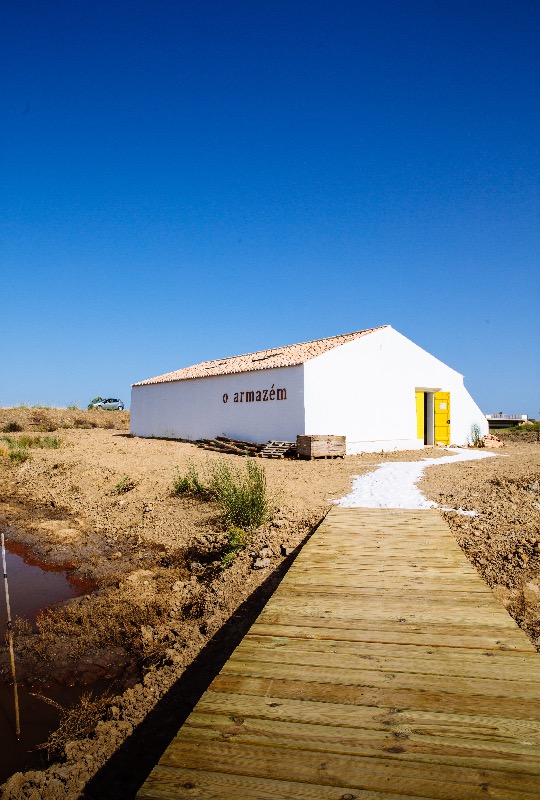 From canned goods to haute cuisine

Having studied Tourism, the History of Art and Management, Jorge Raiado saw flakes of salt from a different perspective and could see that there is now a new world that is seeking the best that nature can provide and never ceases in its search if this means the discovery of new flavours and to savour new pleasures.

Thus, the family business, the victim of the disappearance of a canning industry in prosperous times that survived in an outdated format where salt was losing its value, became a family business where salt, freed from all restraints becomes the leading player and the centre of all attention.

This is how Salmarin came to be the brand that gives its name to the fleur de sel that are harvested from what are probably the oldest salt pans in Castro Marim, ancient salt pans that are believed to have been worked long before the Arabs or the Romans in the iron-age by the Phoenicians.

With a new vision and renewed energy that is now focused on the fleur de sel that were once despised due to their fragility and the small quantities collected, Sandra and Jorge bring together a full time business with what was once a mere pleasure.

They began by calling on their contacts with people who like themselves appreciate good food and gastronomy, are familiar with chefs and journalists linked to the delights of cuisine, beginning the story of a Portuguese craft salt business that is probably the most successful in recent years. 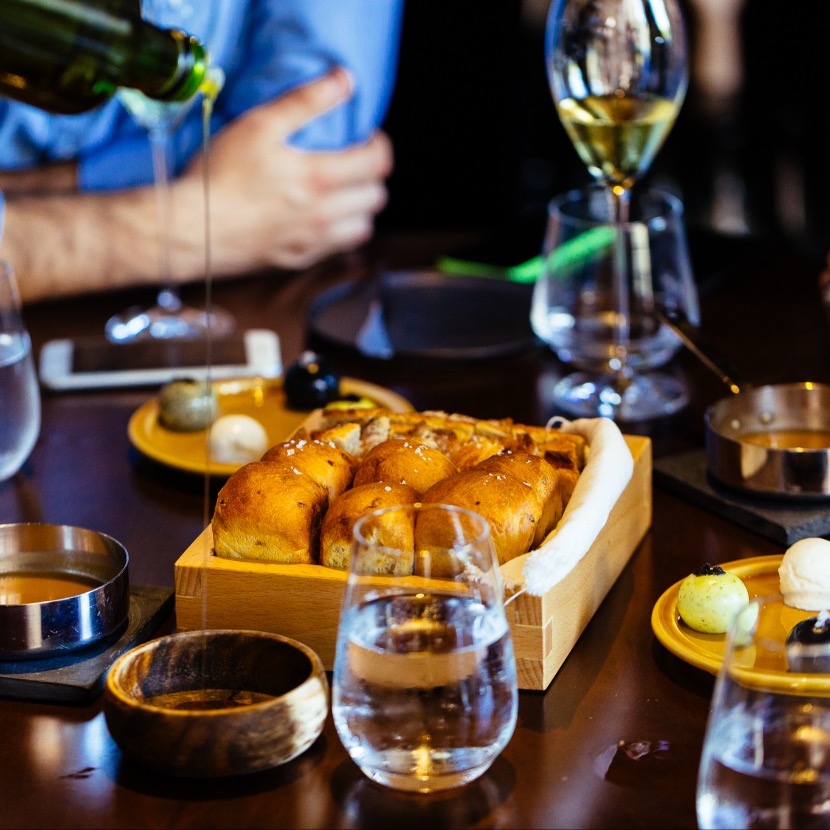 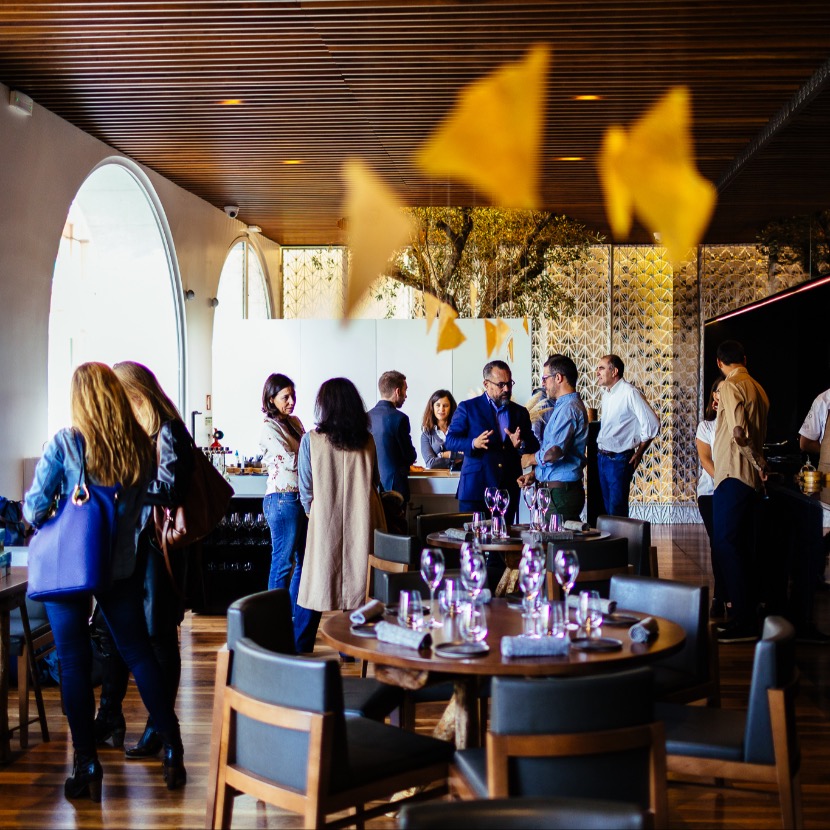 This on its own was not enough. Sandra and Jorge are aware that to be associated with the top of the range restaurant trade, it is not sufficient just to be an excellent product. It is necessary to prove that the product is high quality and therefore link innovation with the business of production that is entirely hand-crafted.

They began by ensuring the credibility of their brand by obtaining certification from SATIVA and Nature & Progrès, a Portuguese and a French company respectively that ensure that the products and processes are entirely hand-crafted, obtained by manual production from solar salt pans with water deriving from the ocean without being subjected to any sources of contamination or pollution. This certification is analogous and comparable with that which classifies products with organic forms of production.

They then invested in quality and innovation by means of the various protocols established with the University of the Algarve, CIMA in Research and Development, a SALEG project – Establishment of the Physical-Biological Parameters for the formation and quality of fleur de sel on the Guadiana estuary, coordinated by the doctor and Professor Thomaz Boski. This project was the origin of the master’s and doctoral theses such as that of the Galician researcher Noa Sainz.

Graphics and the design of packaging is also given priority to create packs that are both able to conserve the highest quality of the products as well as carrying attractive designs by Portuguese artists that add emotional and artistic value to the Salmarin brand.

This vision and the associated efforts have been acknowledged through the many awards and nominations for Salmarin in innovation and quality trials, the most important of these being the special place in a range of cuisines that are the work of both Portuguese and overseas chefs who delight their many customers throughout the world.

The beginning of the Salmarim project.

Registration of the Salmarin brand and the launch of five benchmark types of fleur de sel with flavours signed by the chef Henrique Mouro, in packaging that used card designed by Miguel Vaz with texts from the poet José Carlos Barros.

Launch of the Salmarin cork salt shaker at A Vida Portuguesa, the store on the Chiado, with the chefs Henrique Mouro, Vincent Farges, Luis Baena, André Magalhães, Miguel Castro e Silva and many others.

Introduced and in receipt of awards due to its unique design, the choice of cork as the material for the packaging is worthy of note, it being not only an environmentally friendly product of Portuguese origin that keeps the fleur de sel in the best of conditions together with its original qualities. 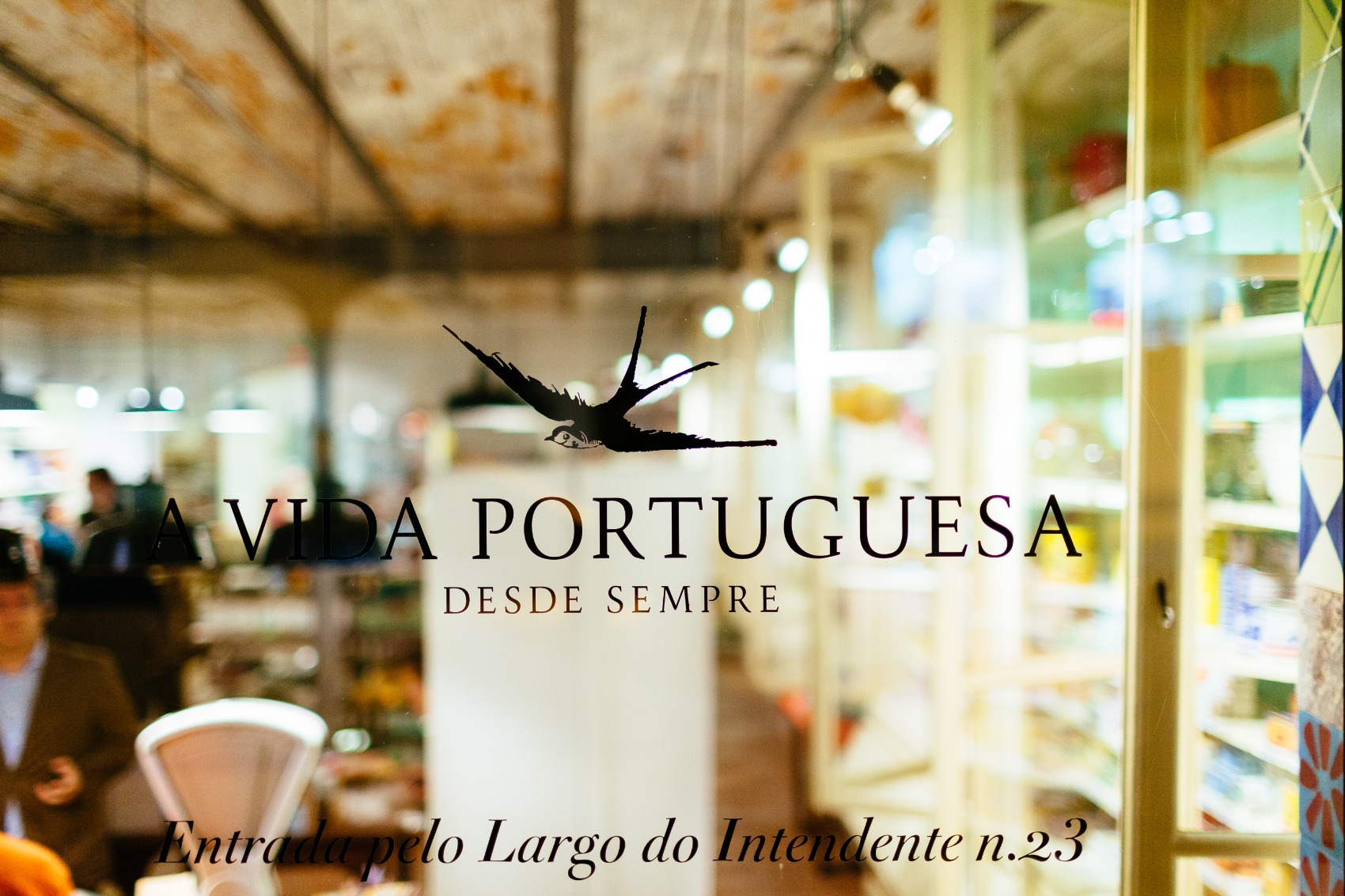 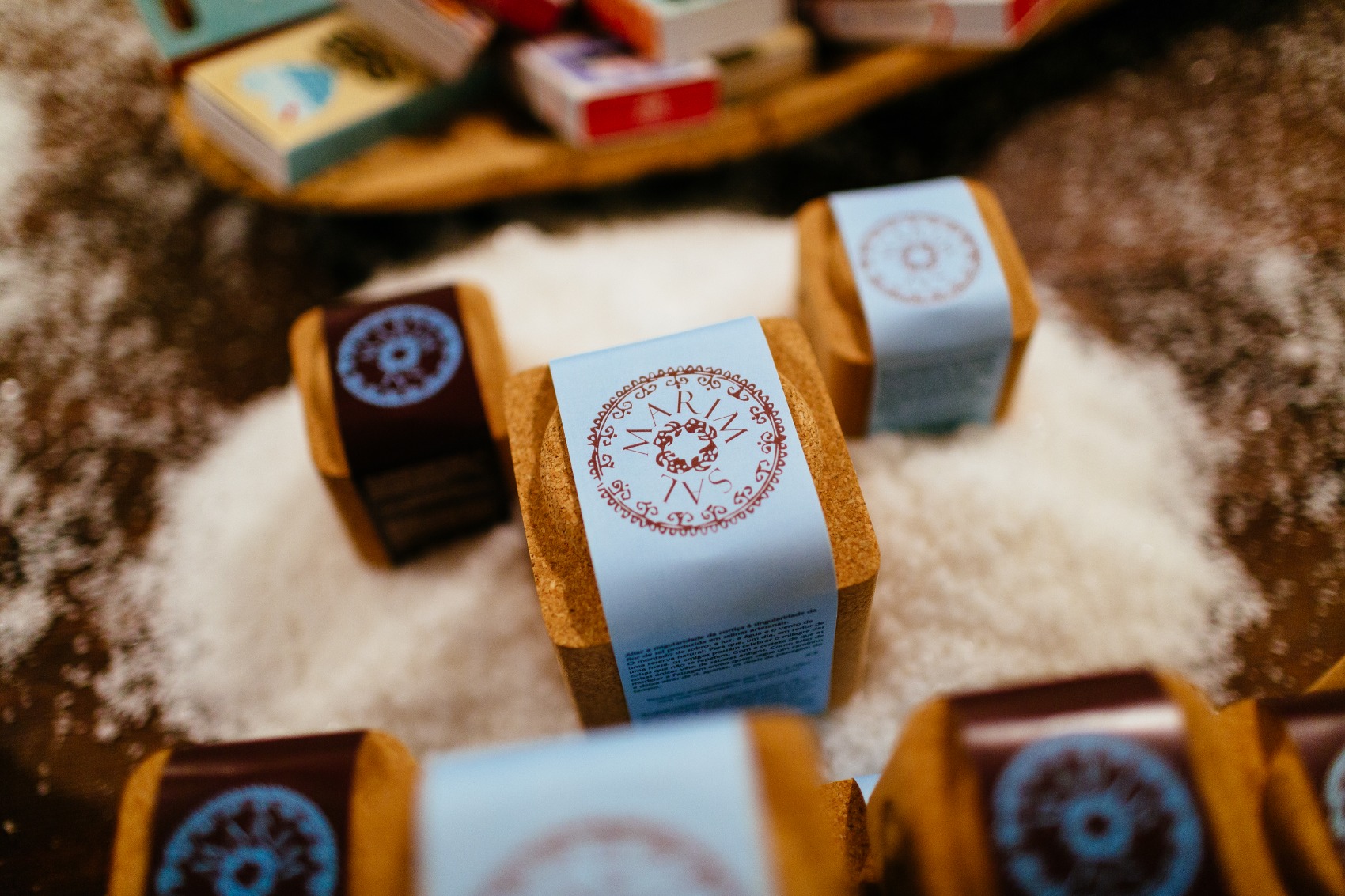 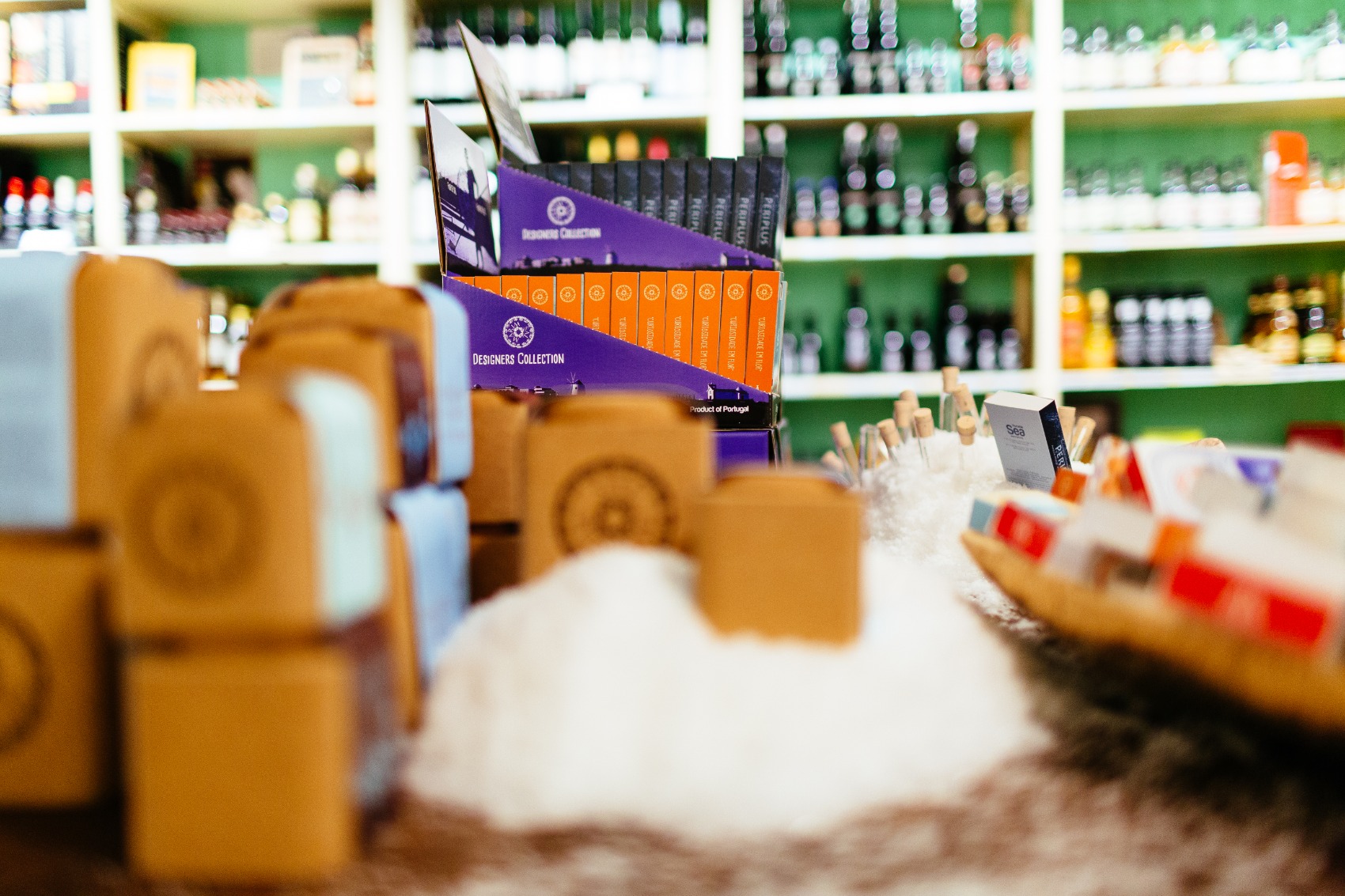 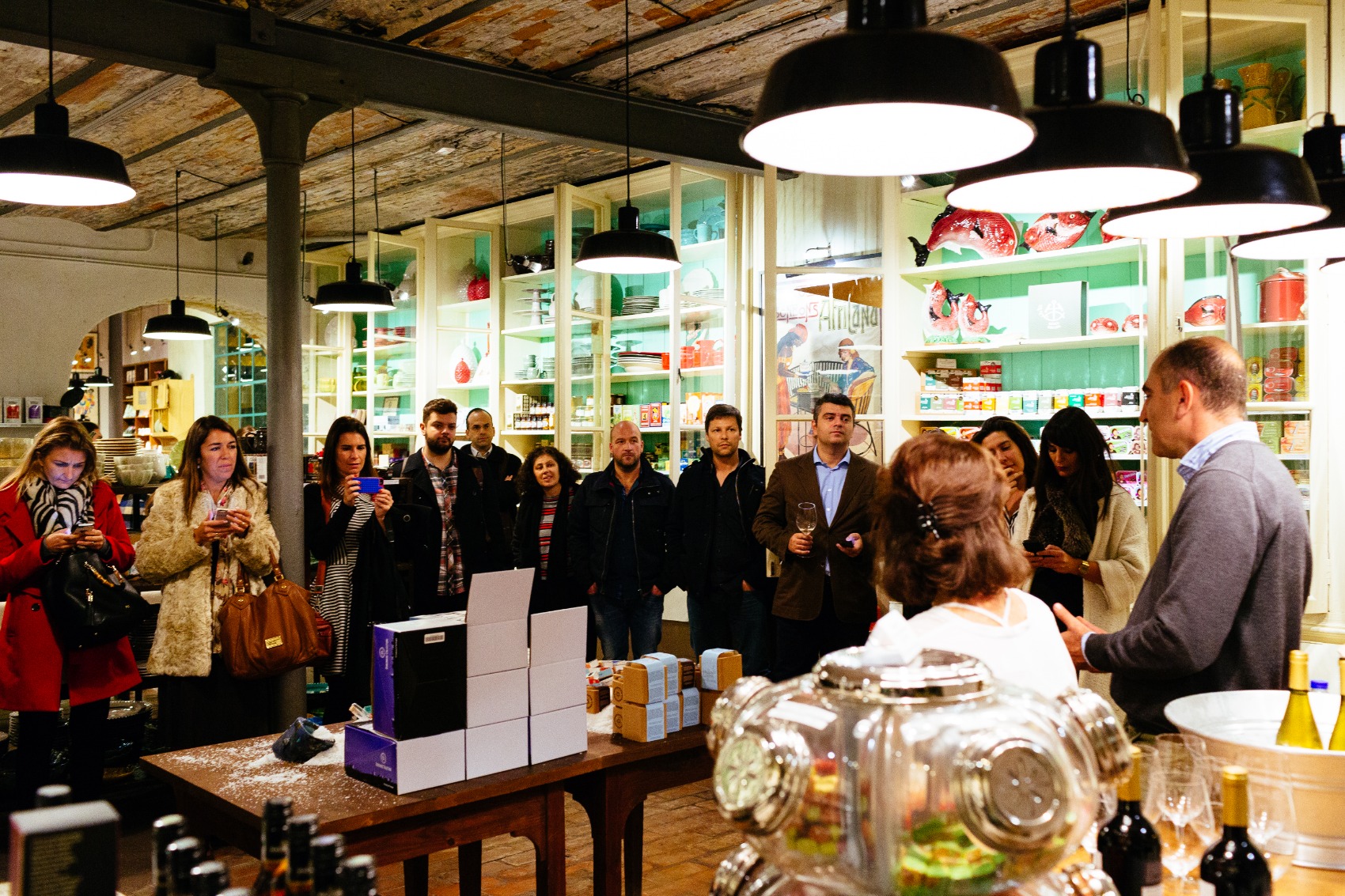 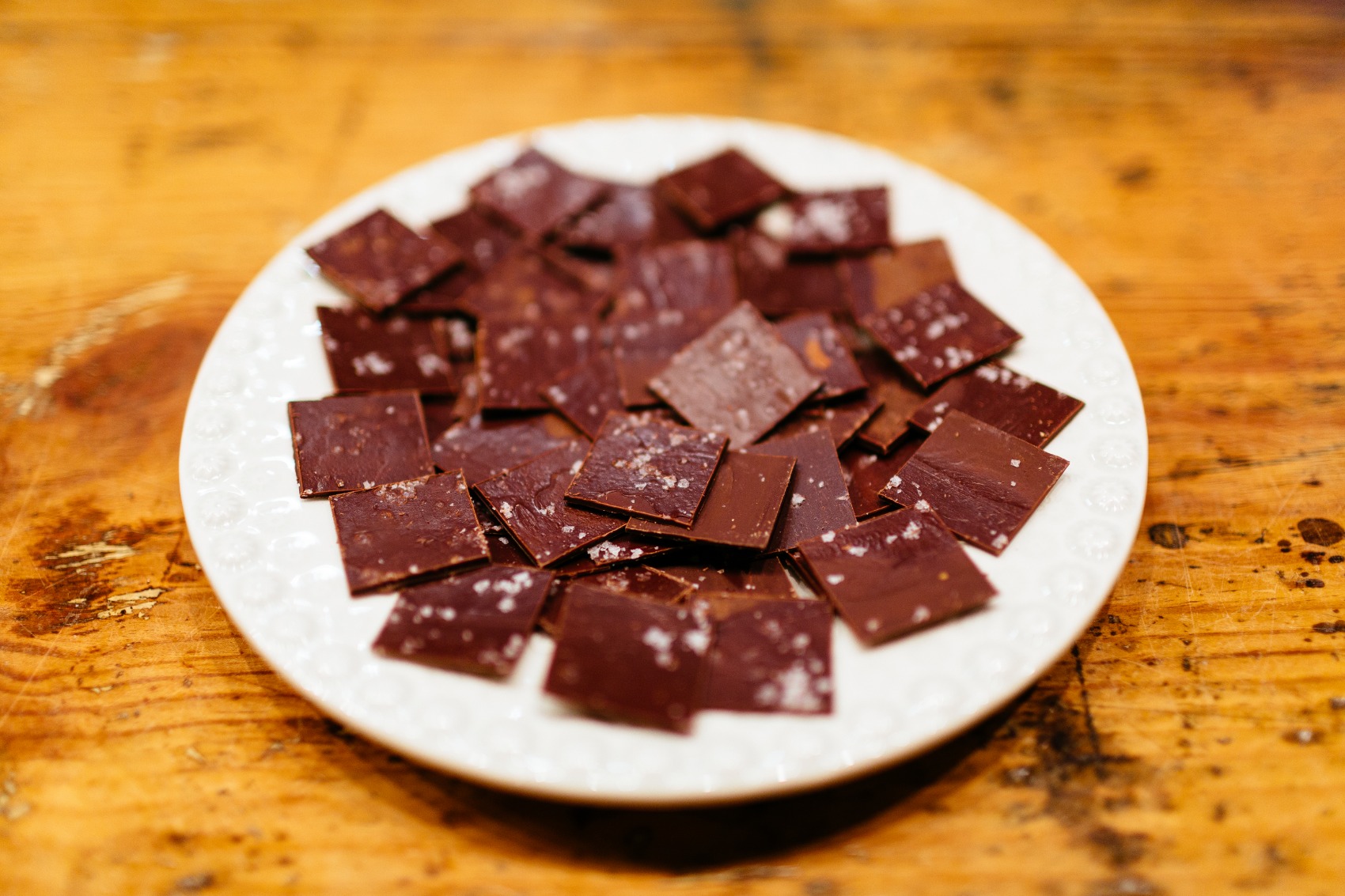 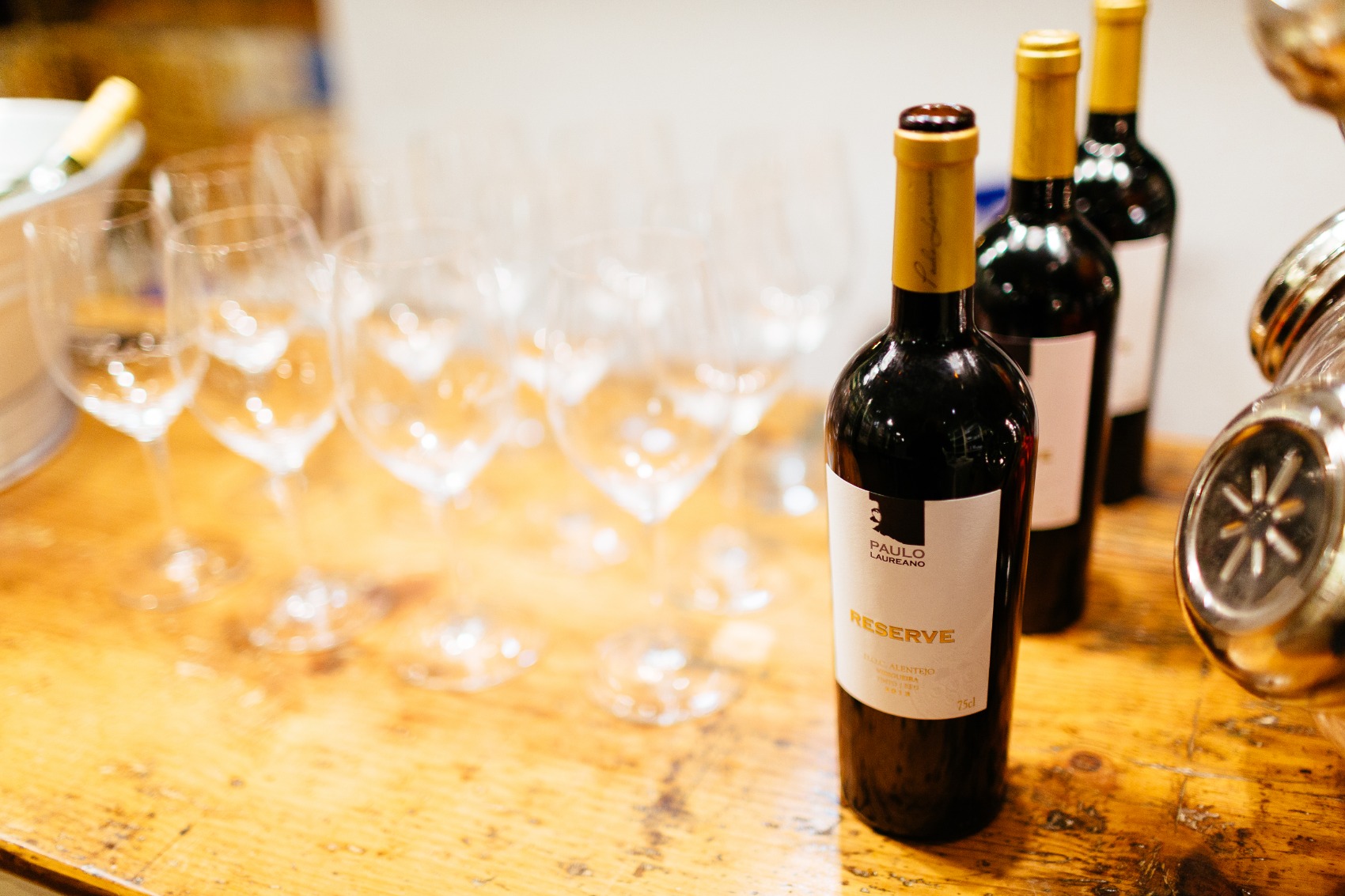 Presentation of the Salmarim de Bolso with the Mar Portátil kit, a pack with three tubes of different fleur de sel, original and with aromatic variations.

This product is intended mainly for the tourist market as an original memento of the flavours of Portugal and of Portugal itself. An autographed item designed by Particia Conde, texts by Jorge Raiado and a recipe from Inês Eva. 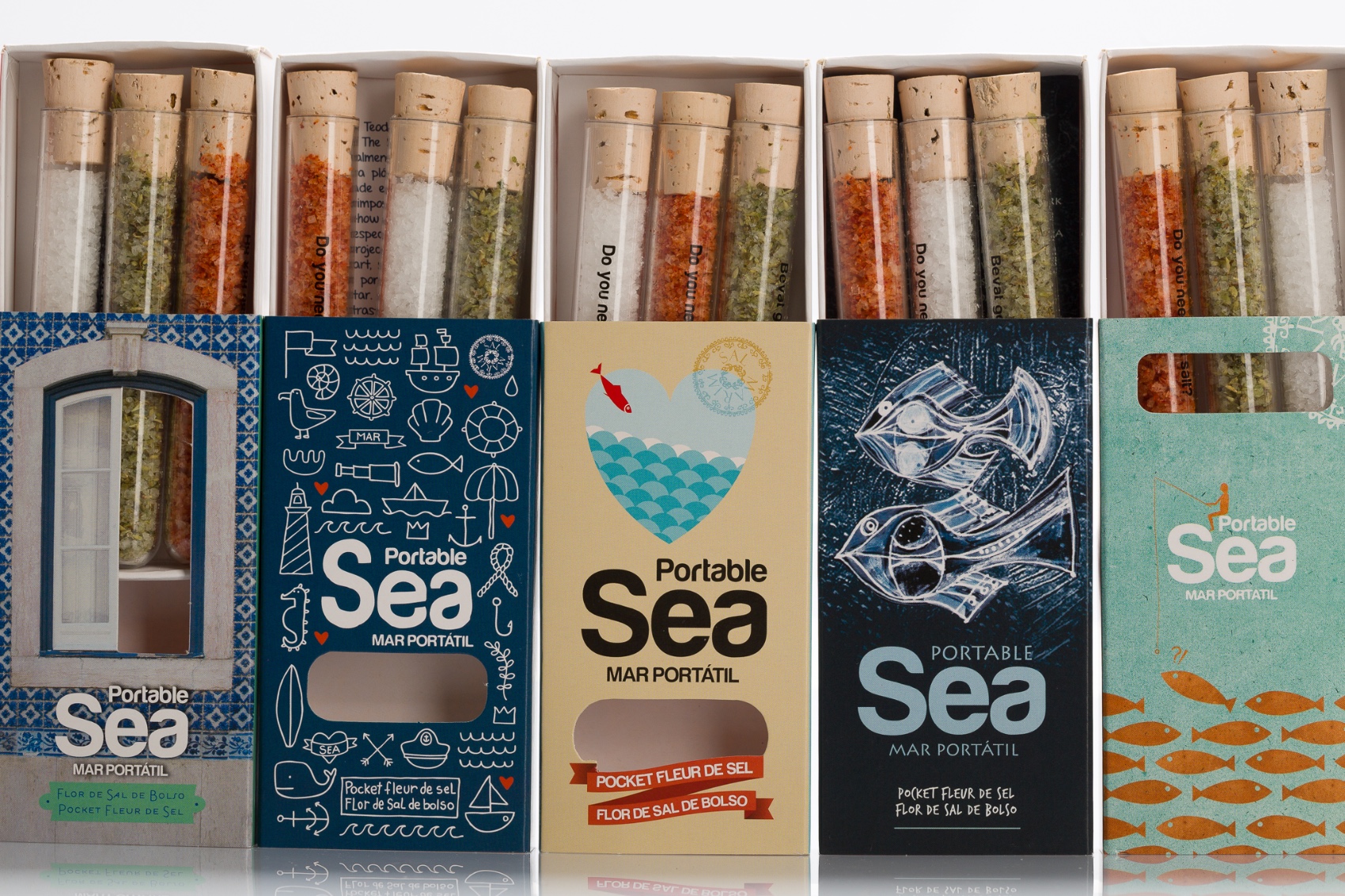 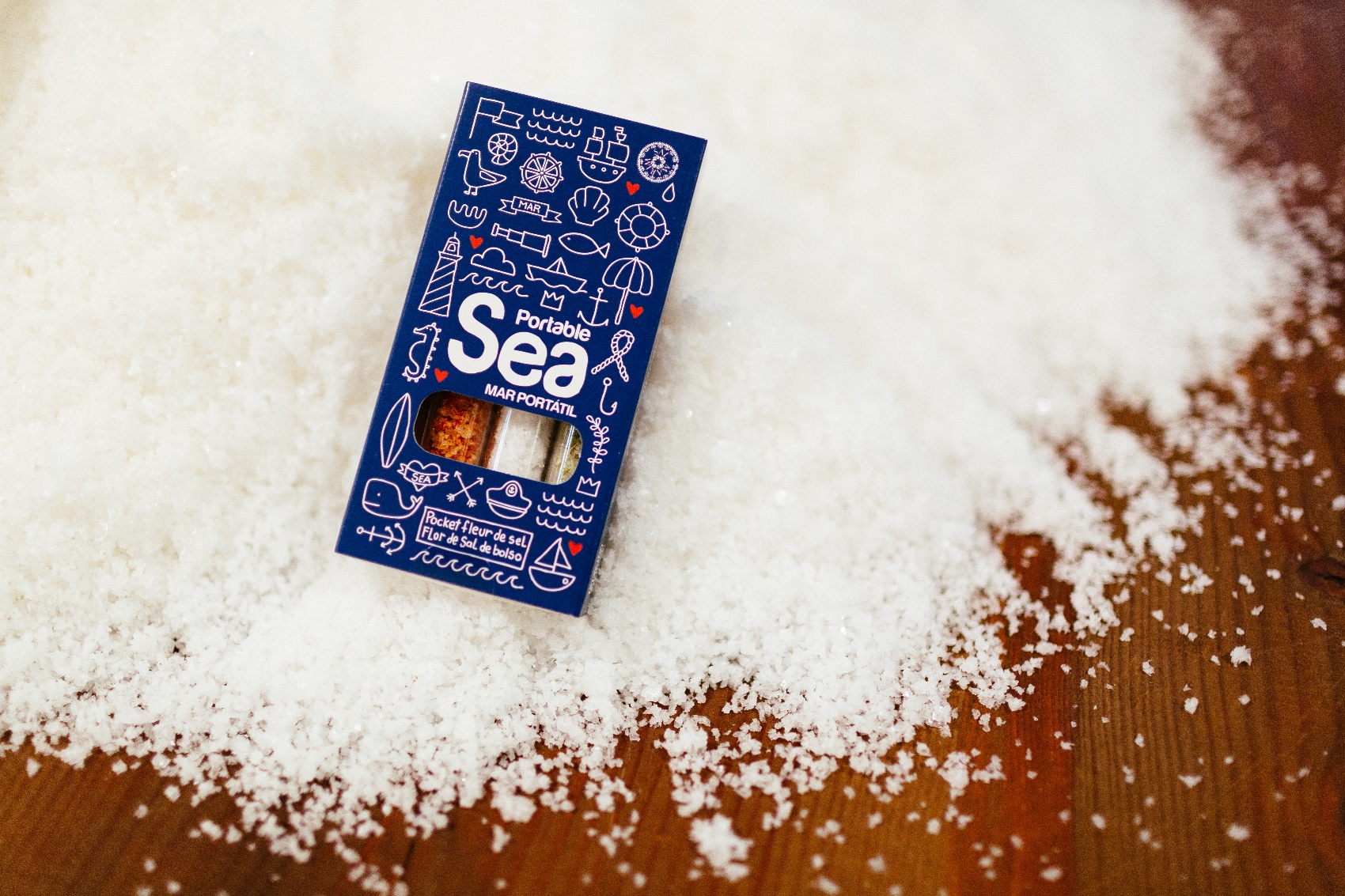 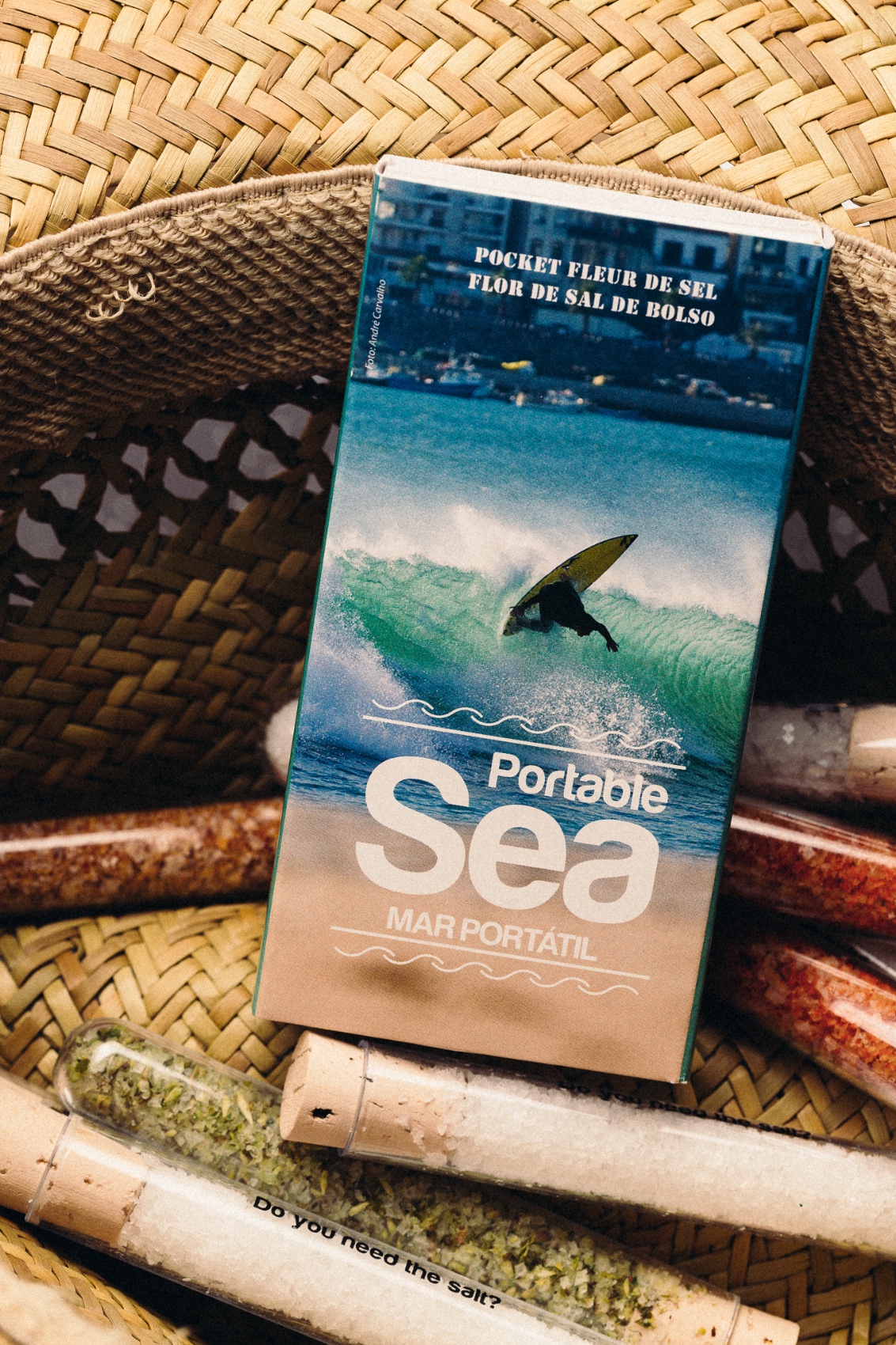 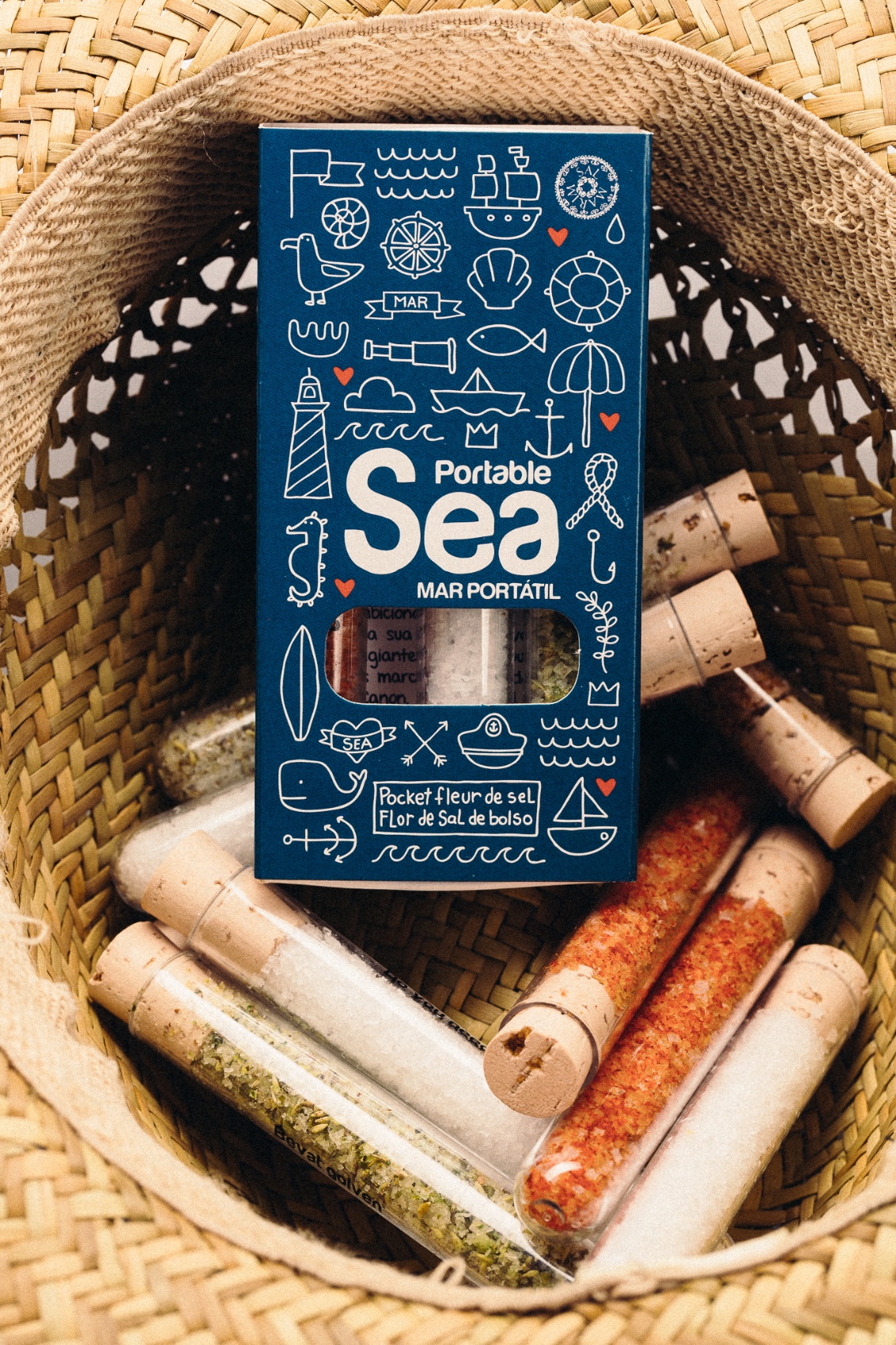 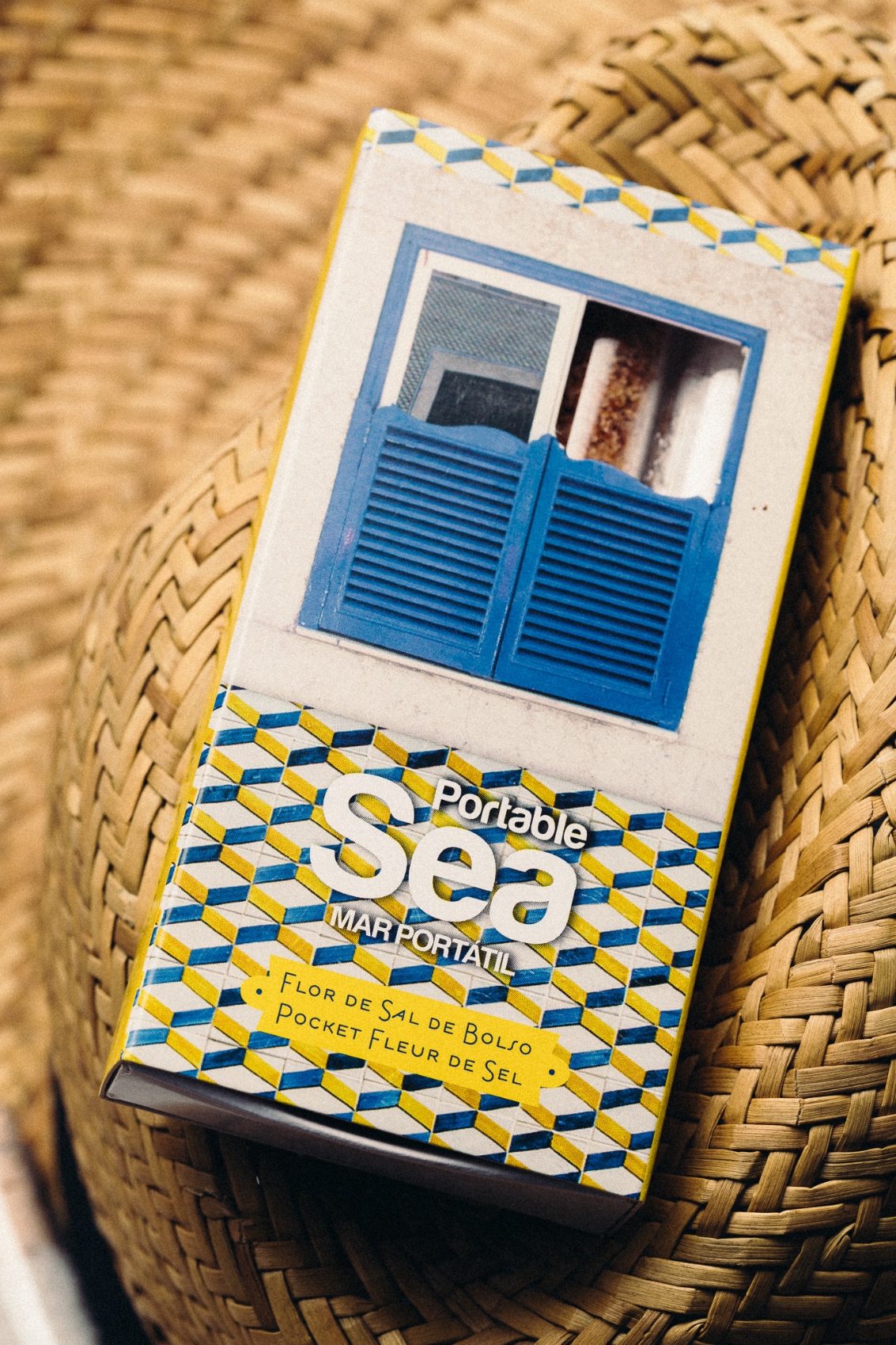 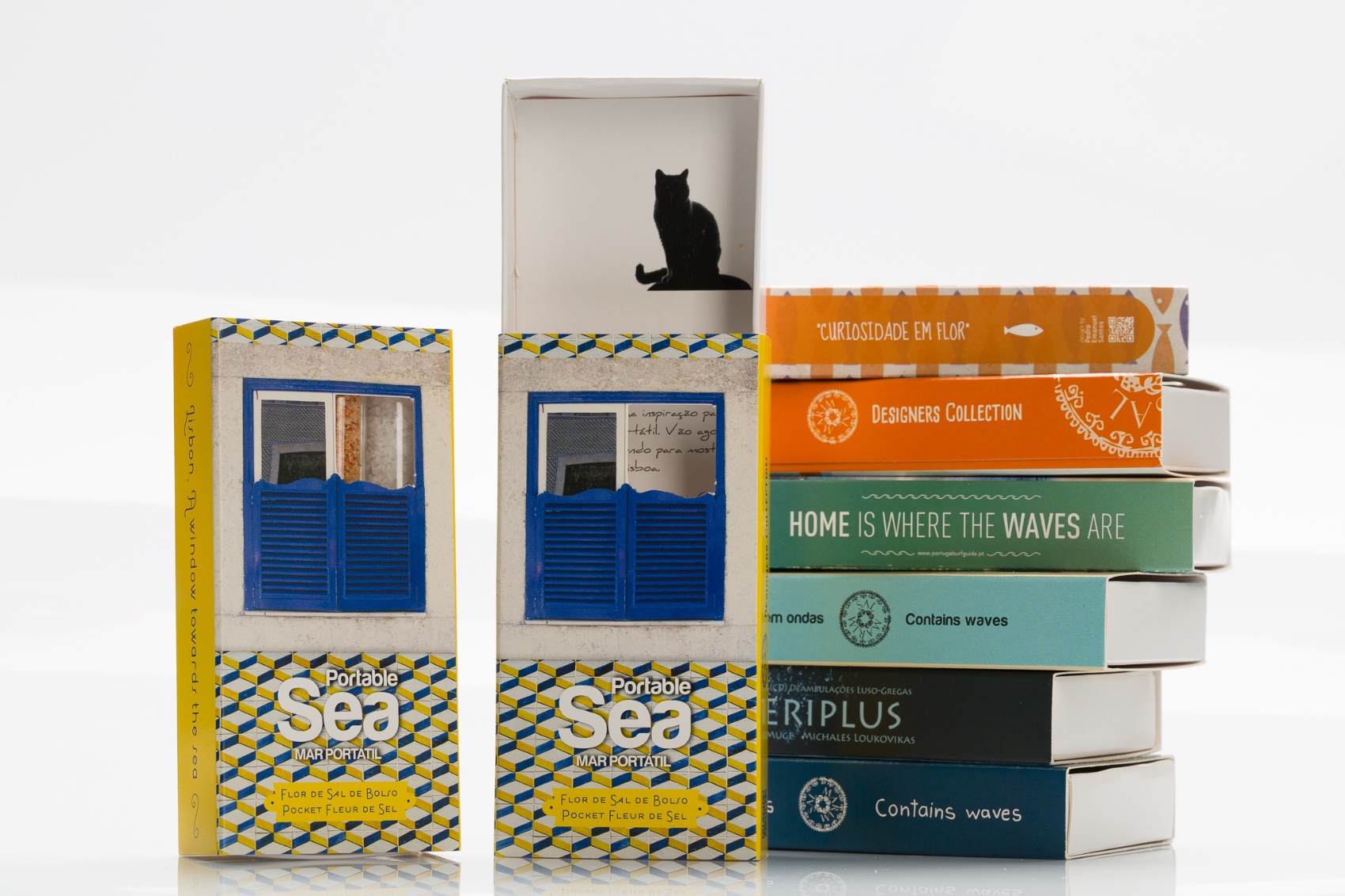 Also in the same year, in an allegory of the Sermon of the Fishes by Father Antonio Vieira, the limited edition collection was launched for the Ceramic Salt Shakers for Rock salt created by the artist Fernanda Rios.