High tides
Of salt and riches

When it rains high up in the mountains, the water runs down the hills on the long road to the sea, taking with it the mineral wealth that contains all the riches in the world.

Later, giving way to the movement of the tides, the sea-water invades the estuaries, being carried along the stretches of water to the canals that open on to the salt pans and which open up to the tides of the new and the full moon.

This is water that is salty that evaporates in the summer season and becomes a highly concentrated brine that leaves us its salt, the heaviest part of this water, so that the lighter part evaporates to perpetuate the circle of life until the next encounter with the salt pan.

In the salt pans carved into the virgin mud of Castro Marim in an inhospitable area that appears to have been forgotten by the Lord, mankind is committed to himself, dominating the earth to make white gardens in summer and in winter is dedicated to other tasks.

This is a cycle that has been repeated since time immemorial with origins some 2 million years ago in a complex evolution that brings phases of marine transgression and regression, the formation of mountains, erosion, volcanic and seismic activity. 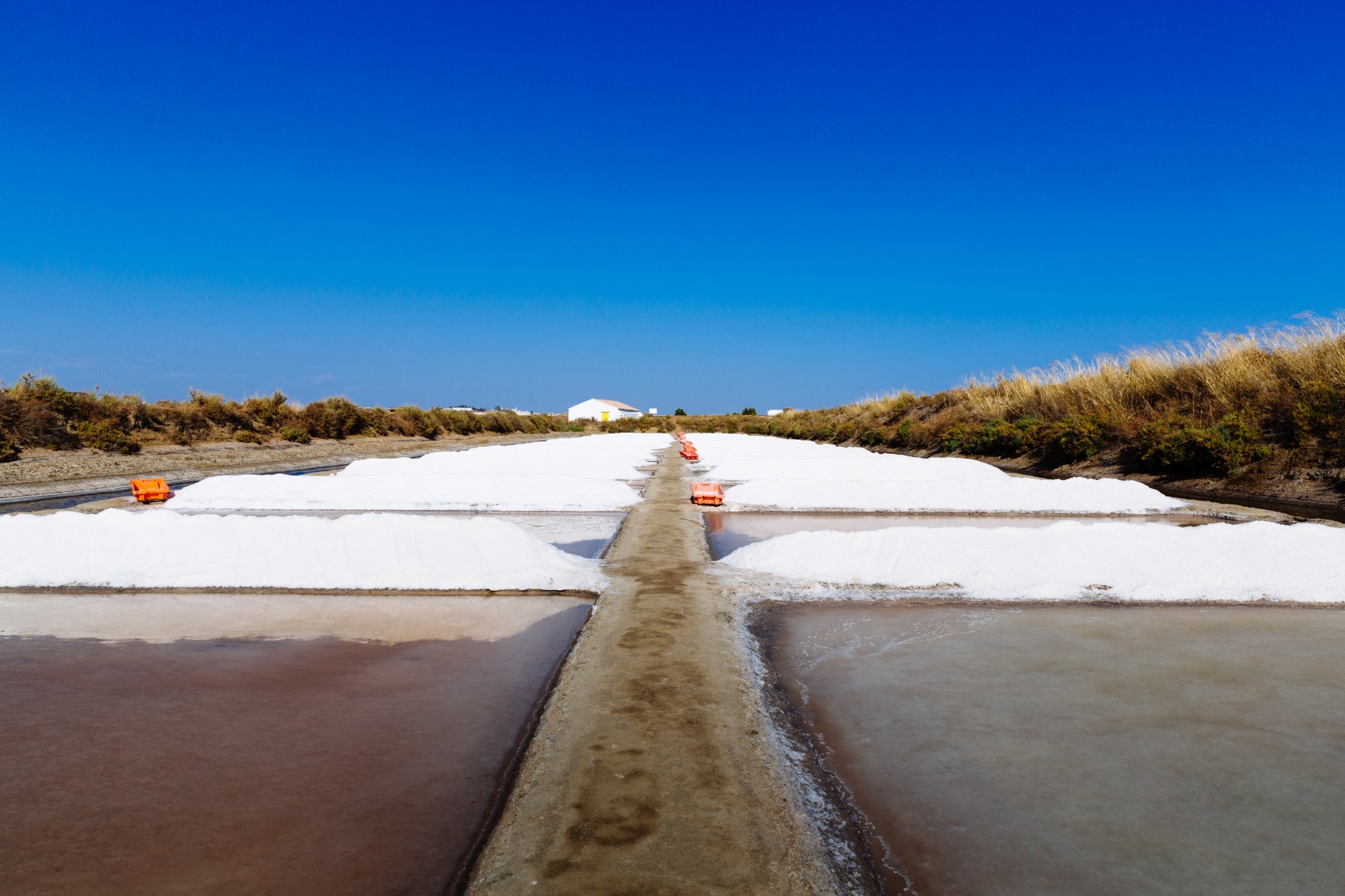 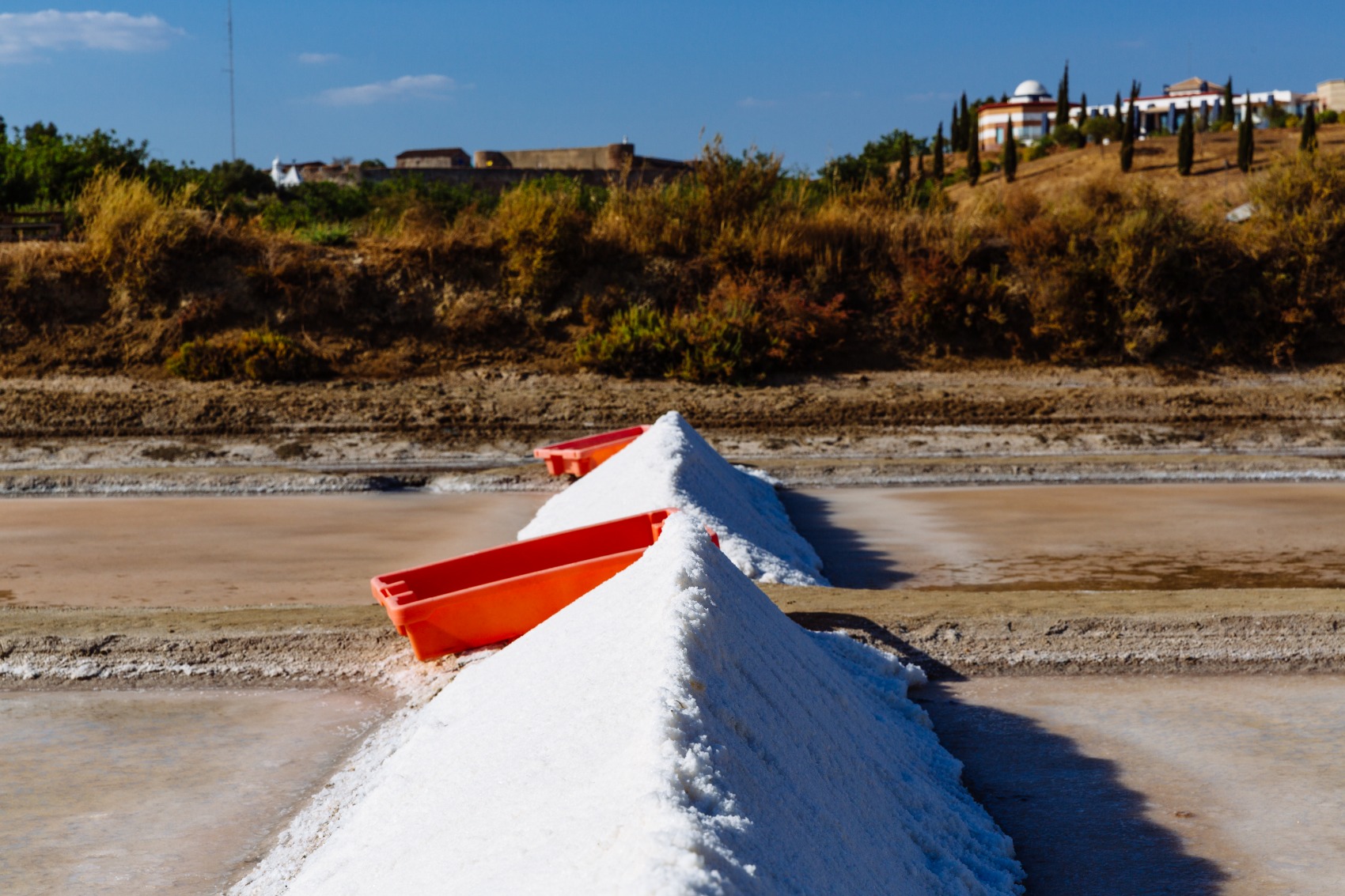 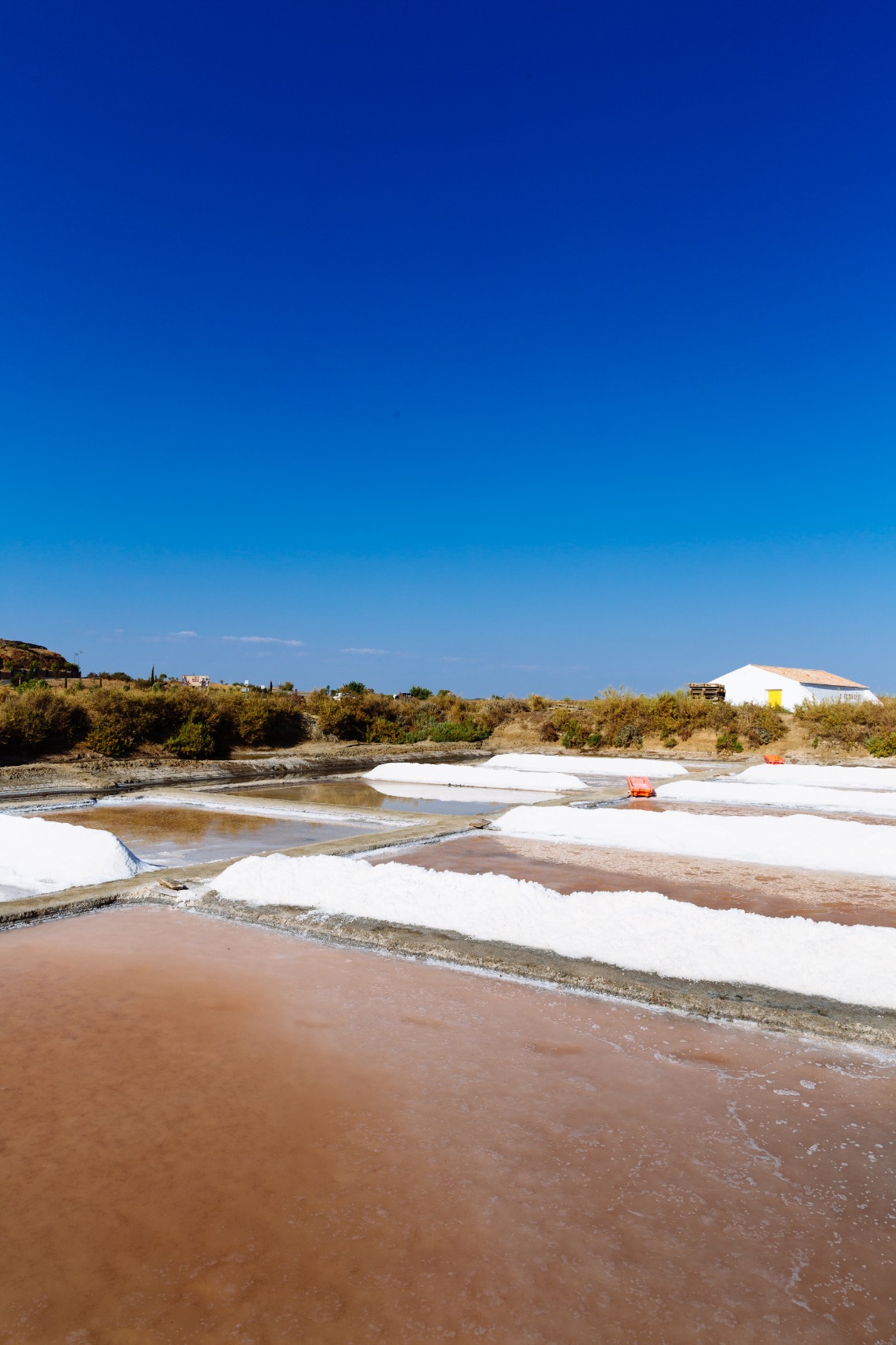 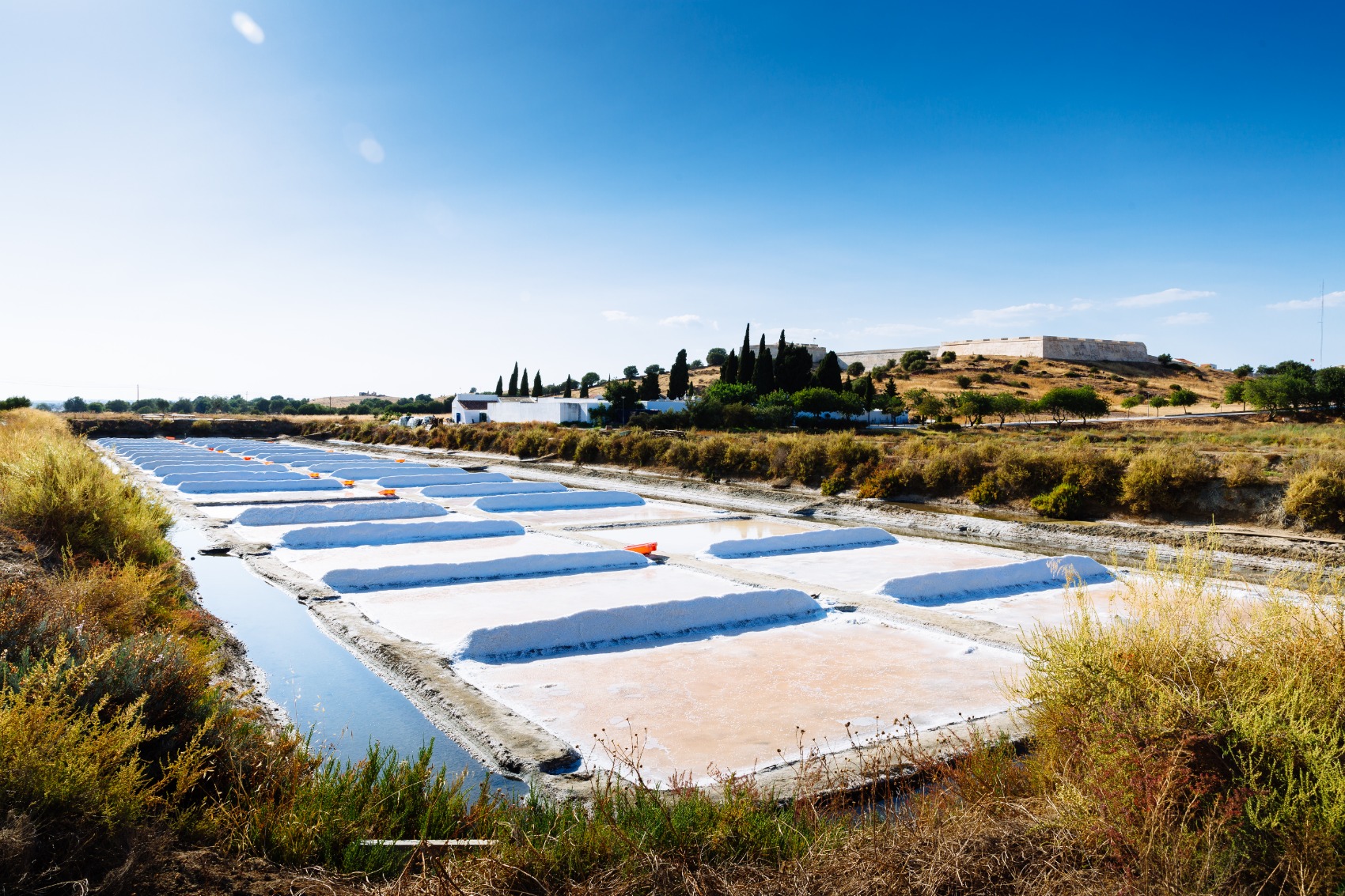 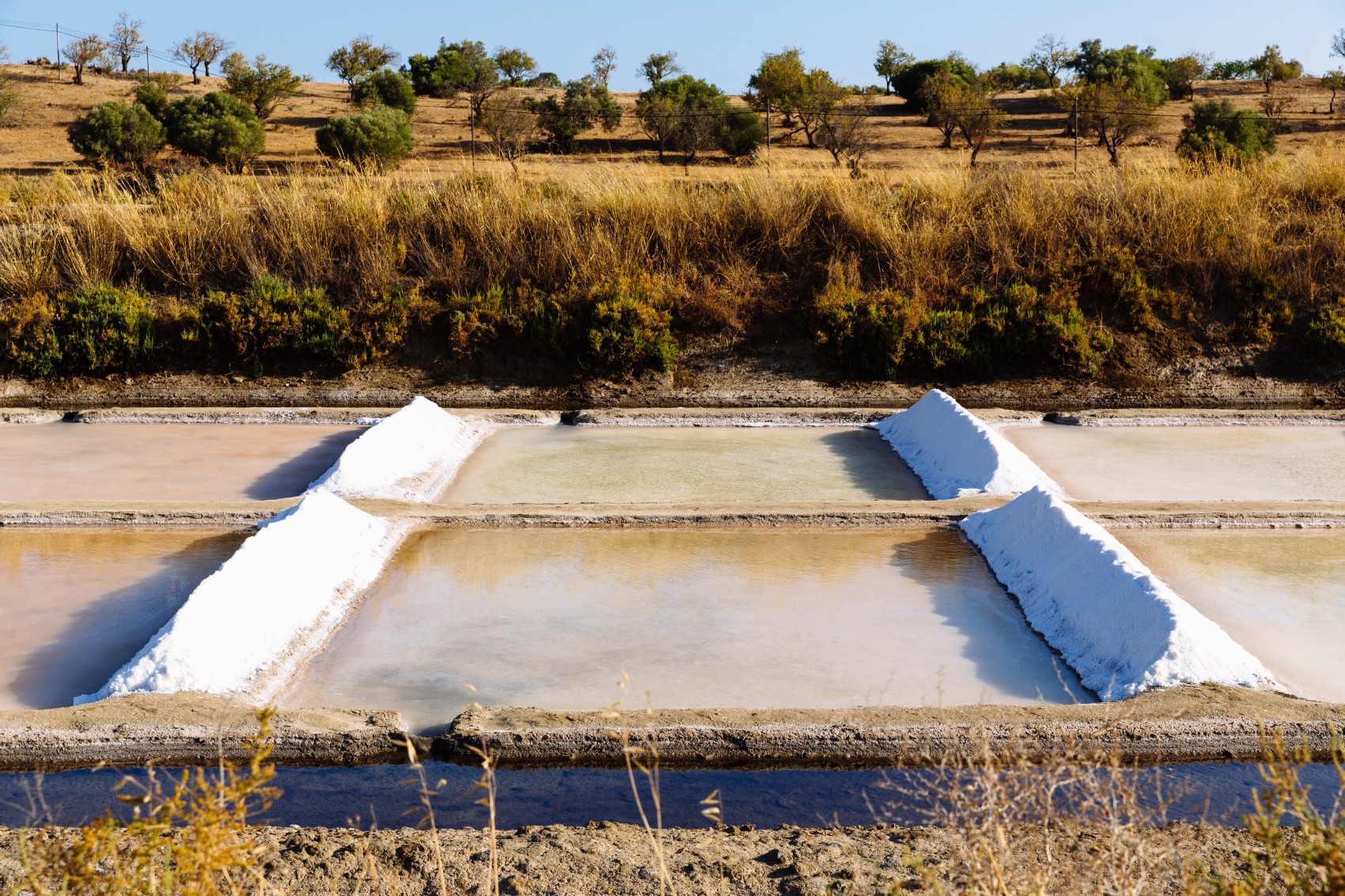 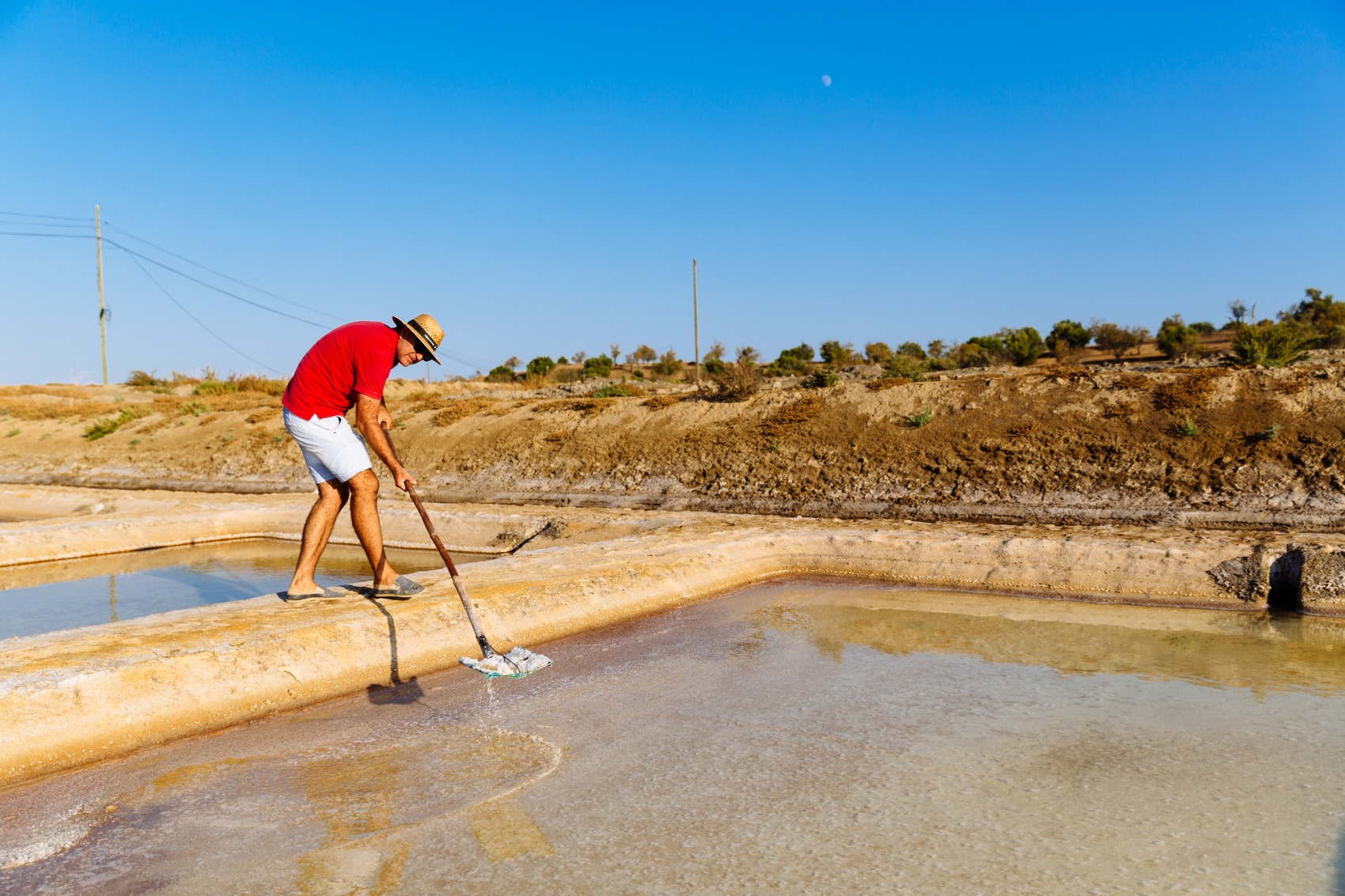 The place of salt

The salt pans were built up on the marshes by sheer muscle power which first of all built up earth walls to protect against the incursions of the tides and in the virgin mud created a series of tanks to evaporate the sea´s waters.

The water is conducted along canals as far as the gateway to then be held in the beds where the evaporation begins. The suspension then lies on the bottom naturally until arriving by gravity where the crystallisation takes place where, due to the high level of brine, the minerals from the sea are transformed into salt for the kitchen.

All of these processes are natural with human intervention being reduced to forming the salt pan and the harvesting of the salt. The salt dries in the sun and is then packaged without any additives.